I got a couple more games in on Sunday, and added some new models to my Trollbloods for the game (as it was non-Journeyman League play). I finished a new warlock, Grissel Bloodsong, Fell Caller. I also added two new other models to run with her, a Fell Caller Hero and a Troll Bouncer. I forgot to get shots of the games, but I remembered to at least take pictures at the end–I was too busy losing both times. I lost a somewhat close one to a Kromac list, as I was able to keep good pressure up and the piece trades okay, only to leave just too narrow a gap between models that let Kromac turn on his animal form, teleport up, and smack Grissel to death. The second game was against a Kreoss2 list, and I squarely lost. I had an assassination opportunity with my ranged warbeasts and took it, but couldn’t quite seal the deal on damage. With 4 hit boxes left Kreoss closed the gaps around him that I had exploited in my failed in my attempt and bricked up, leaving me well behind and eventually annihilated. 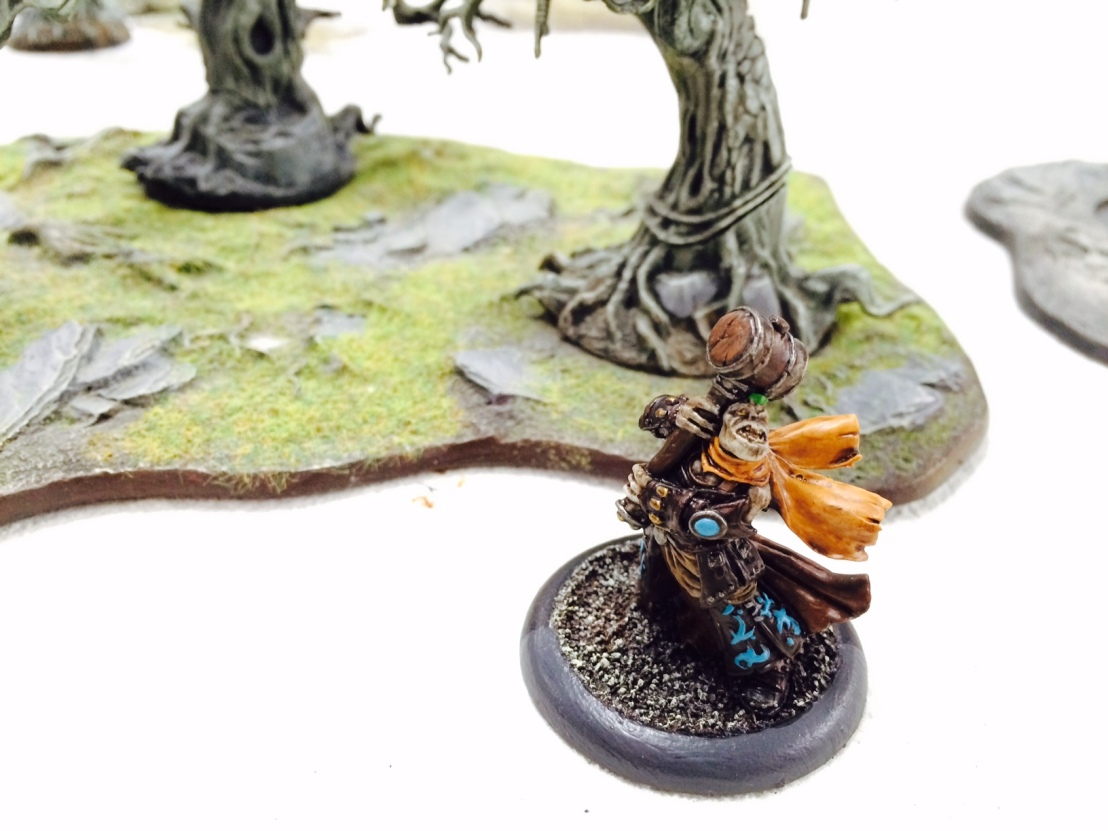 So I’m relatively pleased with the paint job on Grissel. I’m not particularly in love with the model, as the face is one of the worst I’ve seen in the faction. Having recently painted Janissa, who has a great expression and look, Grissel’s garbage-can mouth is just a travesty. That said, I’m pleased with how the model looks at a distance–standing amidst a force, the blue “magic” runes pop nicely in my otherwise earthtones plus dull orange army.

This is the model I was most proud of in this group, as I really didn’t think he would turn out as nicely as he did. I’ve seen Fell Caller Heroes in other players’ forces, and never really liked the pose or paint job. But I’ll toot my own horn just a bit on this guy. I really liked how he turned out. He’s not the ideal piece to go with Grissel because their songs cannot stack, but he fit nicely into my thoughts for adjustments to my Madrak2 list and hit a nice 3-point spot that was missing in my first attempt at Grissel. 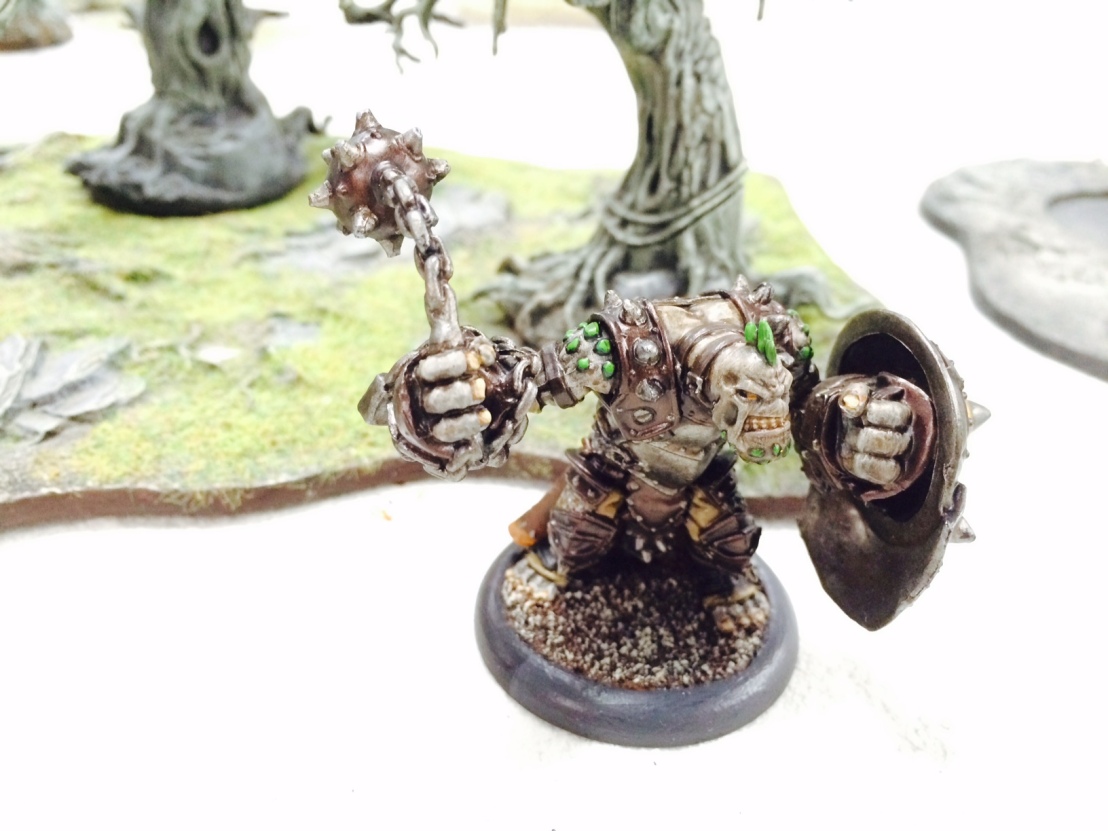 Yeah, I had to do a Bouncer. I really wanted to get my hands on an old metal one, as his face has so much character to it. But plastic is so nice. And I’m reasonably pleased with his look now that I got him done. He’s the first of my clothed Troll warbeasts that I’ve finished (getting close on the Impaler), and I was worried that while I like the green stones look on the Earthborn, Swamp, and Storm that I painted up, that it would be watered down somehow on the clothed Bouncer, Impaler, and Axer. I think it remained pretty striking, and the limited metal palette I’m using wasn’t so bad here.

Overall, a win day for painting even if resulting in some losses for games. The good thing is the more I play Trollbloods, the more I’m liking the puzzle of how I want to win with them. I’ve seen how others win with them, and there’s lessons to be drawn there. But I’m having fun working out my own ideas. Just means a lot more lumps along the road.